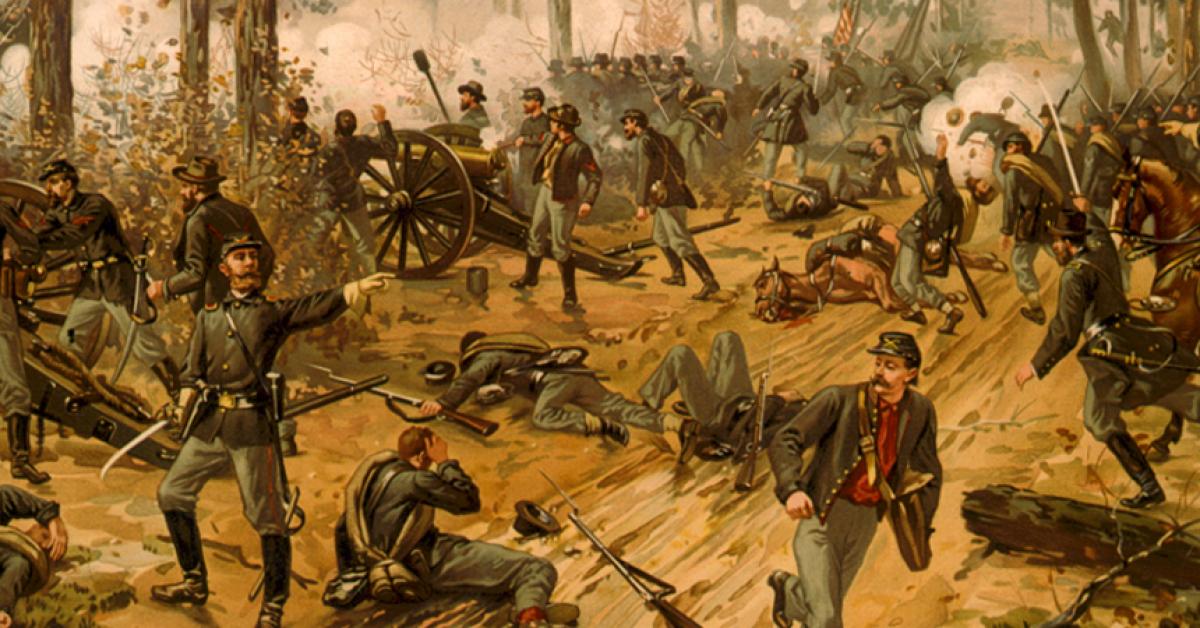 On July 2, 1863, one of the bloodiest battles in American History was raging.  The fighting of the American Civil War had reached a fever pitch at the battle of Gettysburg.  Fought over the course of three grueling summer days, both sides—Confederate and Union—suffered more than fifty thousand casualties.

One skirmish in particular is of great historic interest—the fight at the Peach Orchard.  Union General, Daniel Sickels, had been ordered to defend Cemetery Ridge, a mountainous position that would prevent the Confederates from flanking the Union line.  General Sickels, however, deemed his position at cemetery ridge ineffectual.  Believing the orchard offered a stronger fighting advantage, he disobeyed a direct order and moved his men toward the middle of the battle at the slightly elevated Peach Orchard.

Unfortunately, Sickels’ line of men was thinly spread, and they were outmatched.  Confederate General Longshanks with furious strokes quickly diverted troops and cannons toward the Peach Orchard.  While feverishly giving orders, Sickels himself lost a leg to cannon fire.  With his troops out of position, there were no reinforcements.  Isolated, his regiments fought with valor, but being hard pressed, they were forced to retreat, suffering heavy losses as they rejoined Union lines.

Sickels’ defiant move has been debated by historians for over a hundred years.  Some see it as reckless because it created an exploitable vulnerability in the Union line at Cemetery Ridge.  Others hail his move as brilliant because it forced General Longshanks to divide and divert his troops.  The narcissist that he was, Sickels piously defended himself until his death in 1914.

Should he have taken matters into his own hands?  Should he have followed orders instead?  Did he really have command of the situation as he thought he would?

For in an instant, everything is subject to change.  Men trapped by the illusion of control are unstable.  Without realizing it, they are completely dependent upon their own might, their own strength, and their own resources—just as Union General Daniel Sickels was at the Peach Orchard.  Might and strength have limits; men grow weary, faint, and fall exhausted.  Even the strongest fall.  Creation is subject to its Creator.

The Lord alone is powerful.  The man dependent upon God is set free from the illusion of control.  He is instead bound by the parameters of the Lord’s love for him.  This love is demonstrated in Jesus at the cross.  The cross shows that there is nothing He would not do to redeem us!  As it is written, “If God is for us, who can be against us? He who did not spare His own Son, but delivered Him up for us all, how shall He not with Him also freely give us all things?” (Romans 8:32-32).

Those who believe that the sacrifice of Christ is for them are renewed.  However, to receive this sacrifice, one must first admit—take ownership—of his weakness.  More often than not, this is too difficult.  Most will defend their actions to the end, just as Daniel Sickels did.

In contrast, the weak dependent sinner will run and not grow weary, he will walk and not grow faint.  Through Christ, the Lord replenishes mankind’s weakness with His strength.  Renewed, this free person can live without fear in a life of which he has little control.