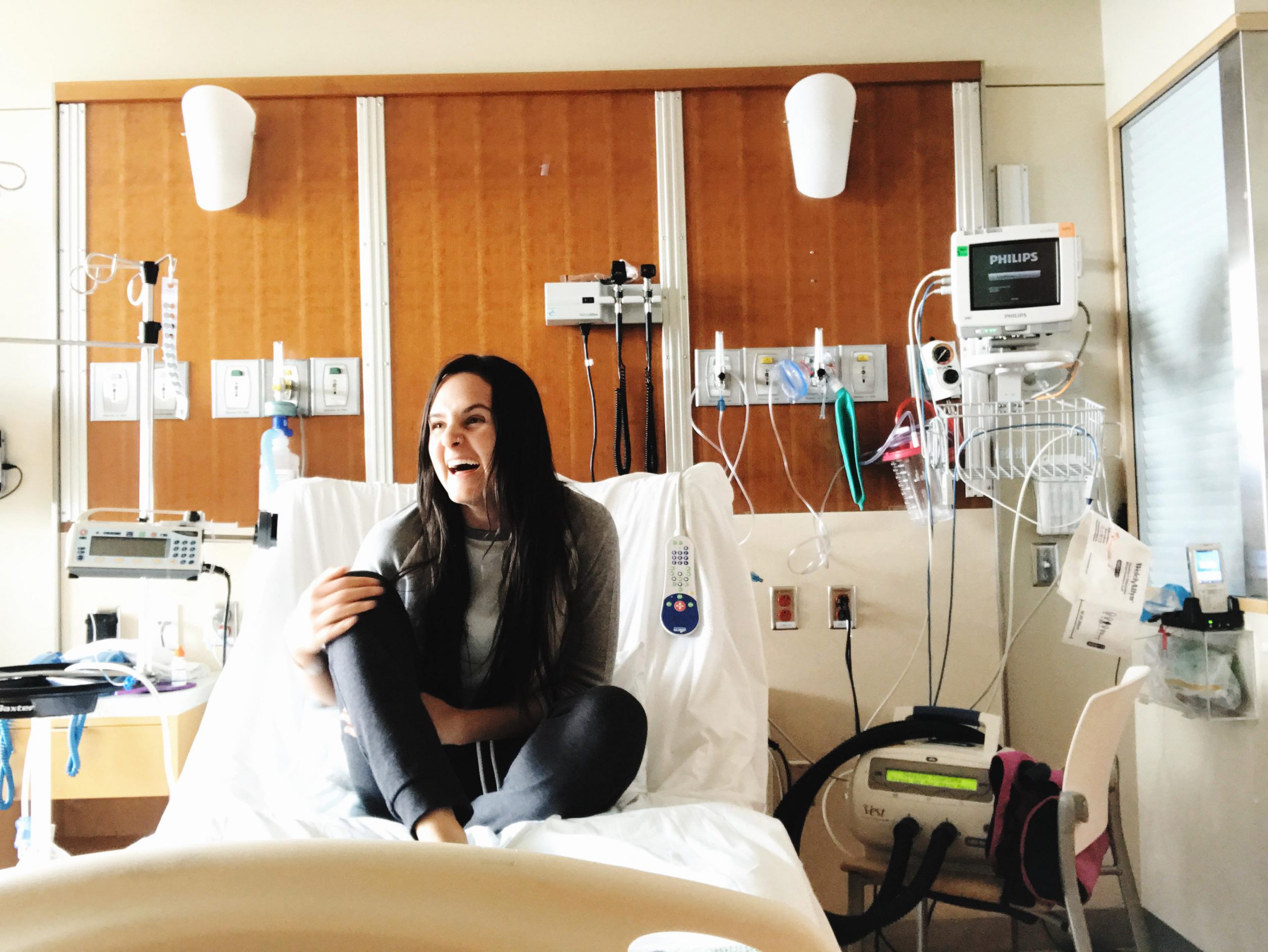 Escape From Neverland : A Healing Story

I grew to love anesthesia.  It was a sleep without nightmares, a body without pain, and a moment without memory.

I looked forward to IV’s, shots, and blood tests.  The sharp pain of the needle reminded me I was still alive.  That I was at least still human.

I couldn’t sleep because I couldn’t breathe from the surgery, but also because I had nightmares that posed a reality worse than the one I was living.  I’d rather endure a night through my pain than sleep and experience whatever horrors waited for me in my imagination.

At the age of 17 I was diagnosed with two chronic lung diseases after having had pneumonia seven times and a lifetime of lung complications.

From the ages of 15-17, my health deteriorated rapidly.  It started with pneumonia.  Although the pneumonia disappeared from my medical tests, my symptoms never cleared.  That led to multiple doctors and road trips from my small town to Denver Children’s Hospital where doctors were studying my case.

During that time, I had little-to-no energy, and lost most of my relationships because I was unable to invest in them.

Since I was bedridden, I was forced to say no to opportunities day after day.  Eventually, I was prescribed antibiotics for the rest of my life along with pulmonary steroids and breathing treatments.

A year went by and I saw minimal improvement, until one day, while on vacation, I felt astronomically worse.  I was given a picc line for two weeks.  If you don’t know what that is, it’s a long-term IV.  Mine was inserted on the inside of my left bicep with a tube that ran directly to my heart.  I had to administer medicine through it every eight hours for two weeks.

That was frightfully eye-opening to the severity of my situation.  I had a home nurse who would check on me every few days and change my dressing.  That image reflected stories I had heard about people enduring their last few days of life.  I hit an emotional low. 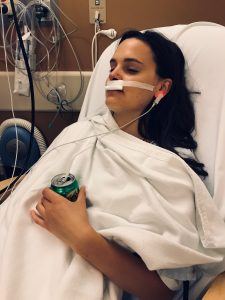 I decided after a deep emotional outbreak to block my emotions until the process was over.  It was simply too much to handle.

I began putting my energy into survival.  I could feel parts of my body slowing and the possibility of never waking set in.  I handled it emotionless, simply pursuing survival tactics and getting through life hour by hour.

After three rounds of meds failed to work, we tried a sinus surgery with the hopes that clearing the mucus from my head would stop it from getting into my lungs.

The surgery didn’t have any complications until I coughed 30 hours after and broke a blood vessel in my back sinus.  I was rushed to the hospital for a second surgery and probably a blood transfusion.  God was surely with me during the whole journey, but he especially showed up that night because I didn’t need any blood. 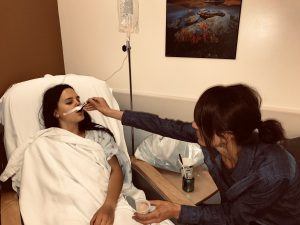 One day later, we got a call from Denver Children’s Hospital requesting I pay them a visit.  I ended up being an in-patient for a week.  My doctors wanted to give me meds and perform tests, then monitor my response in order to create a treatment plan.

Upon arriving at the hospital, my Mom made a group on Facebook with close friends and family where she would post updates and prayer requests.  I never anticipated the response from this group.  Multiple times a day they would send prayers, songs, and prophetic words to call into action the plan of the Lord.  I had lost the will and the strength to fight.  I was sick of being sick and I could feel that I was dying.  That group of my friends and family stood in the gap.  They took on my burden and fought for me.  They saved my life.

Even though I had an army of prayer warriors fighting for me, my time at the hospital was dehumanizing.  That was Neverland.  I was in constant physical pain and constant mental agony.  I had nowhere to escape to and I was looked after like a science experiment.  During this period, I wasn’t fully ‘there’ mentally because of the pain, medications, and loneliness, so most of the details of that week I don’t remember.  The memories I do have are memories of long, sleepless, and painful nights, care teams who treated me like a human without feelings or emotion, and overwhelming loneliness as I was seven hours away from most of my family and friends who gave me the will to fight on.  I found out later that those people thought they would never see me again.

After a week, I was sent home with a life barely worth living.  My doctors declared I had two separate lung diseases.  These diseases were similar to Cystic Fibrosis. Basically, my lung function was compromised which resulted in a lifetime of fluids and bacteria ending up in there with no way to escape.  I was given multiple non-medicine treatments to do multiple times per day (resulting in two-three hours daily) along with several oral and inhaled antibiotics.  In addition, I was to be hospitalized for 1-2 weeks annually for the rest of my life.  This diagnosis destroyed any dream or hope I had for my life.  It told me where I could and couldn’t live.  It told me what I could and couldn’t eat.  It told me what I could and couldn’t do.  I’d never be able to have a pet, live in humidity, run a mile, or live alone.  That was the end.

I didn’t accept the diagnosis.  My parents and I prayed for a path of peace.  Every time a decision needed to be made, my parents would pray together until they felt peace about a course of action.  The solution the doctors gave me was not peaceful and we knew that God had something much better.  I’m a dreamer and I had much bigger, God given dreams than living dependent and limited.  God shined the light on a different course of action.  Homeopathic medicine.

We found a naturopath in our town and for the first time we got real answers.  My true diagnosis was this.  There was bacteria and fungus in my lungs (which I knew).  That bacteria and fungus had grown so much it was eating the cells of my lungs to live.  Lung cells regenerate every two to three months.  When these cells would regenerate, they were copying the damaged cells.  So, not only were my lungs being eaten, but every two to three months I would grow exponentially weaker lung tissue.  Because of that, my body wasn’t receiving the oxygen it needed.  Meaning that my muscles would burn every morning, my skin was breaking out all over my body, my hair was damaged and falling out, my menstrual cycles were horrifically painful, and my sleep was disturbed because all night long my body was suffocating instead of rejuvenating.  At my first appointment my body claimed it was 45 years old, when really it was 17.

I would not have survived more than six months.

It has been almost two years since that first appointment, and I am healthier than the average American. 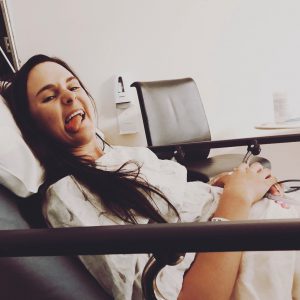 My healing didn’t happen overnight.  It took a lifetime.  In fact, I’m still healing.  I had to restore my emotions.  When I did that, it let loose everything I had stuffed down during my physical battle and I had to decide to allow myself to feel everything again.

When I was living in Neverland, my sole focus was survival.  I created conscious and subconscious habits to keep me alive, which I’m still discovering and unraveling. Just a couple months ago I had an anxiety attack when a friend counted down from 10.  I realized a little later that the memory was linked to my nurses counting down with me as I went under anesthesia.

During my healing process, the Lord taught me about the Garden of Eden.  Since I escaped Neverland, I needed a new reality to call home.  That was when I found Eden.

Eden existed before the knowledge of sin came into the world.  God created Eden perfect for life.  Eden was God’s flawless world and perfect reality for humanity.  God designed Adam and Eve to live in a reality where the only thing they knew was the unending goodness of God.  That was why they were without shame.  They only knew God’s goodness, until they learned about sin.

The apple didn’t cause them to sin, it made them believe there could be something that would make them unworthy of receiving the goodness of God in all its fullness.

It is my life’s mission to create Eden around me

My name is Riley Analisa and I escaped Neverland.  I am the social media and marketing manager for Soldiers for Faith.  I create because God created.  Mankind’s ability to create is what it means to be “created in the image and likeness of God”.  To me, the art of being creative is the practice of living life to its fullest.  Creativity brings beauty out of the ordinary.  Being creative and showing people the gold in their stories is my way of creating Eden.

I believe that every human is designed for something bigger than themselves.

I escaped a place called Neverland and I don’t think I’m alone.  There are countless people stuck in their own Neverland.  If that’s you, here is my advice.  Don’t settle.  You were created for more. You were designed for a purpose, and in order to live fully in your purpose, you need to position yourself in a place to receive all the blessings the Lord has for you.  Find Eden.  It’s not over until it’s good. 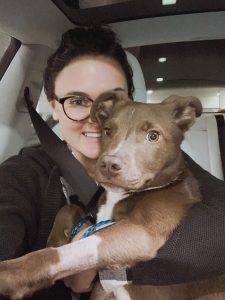