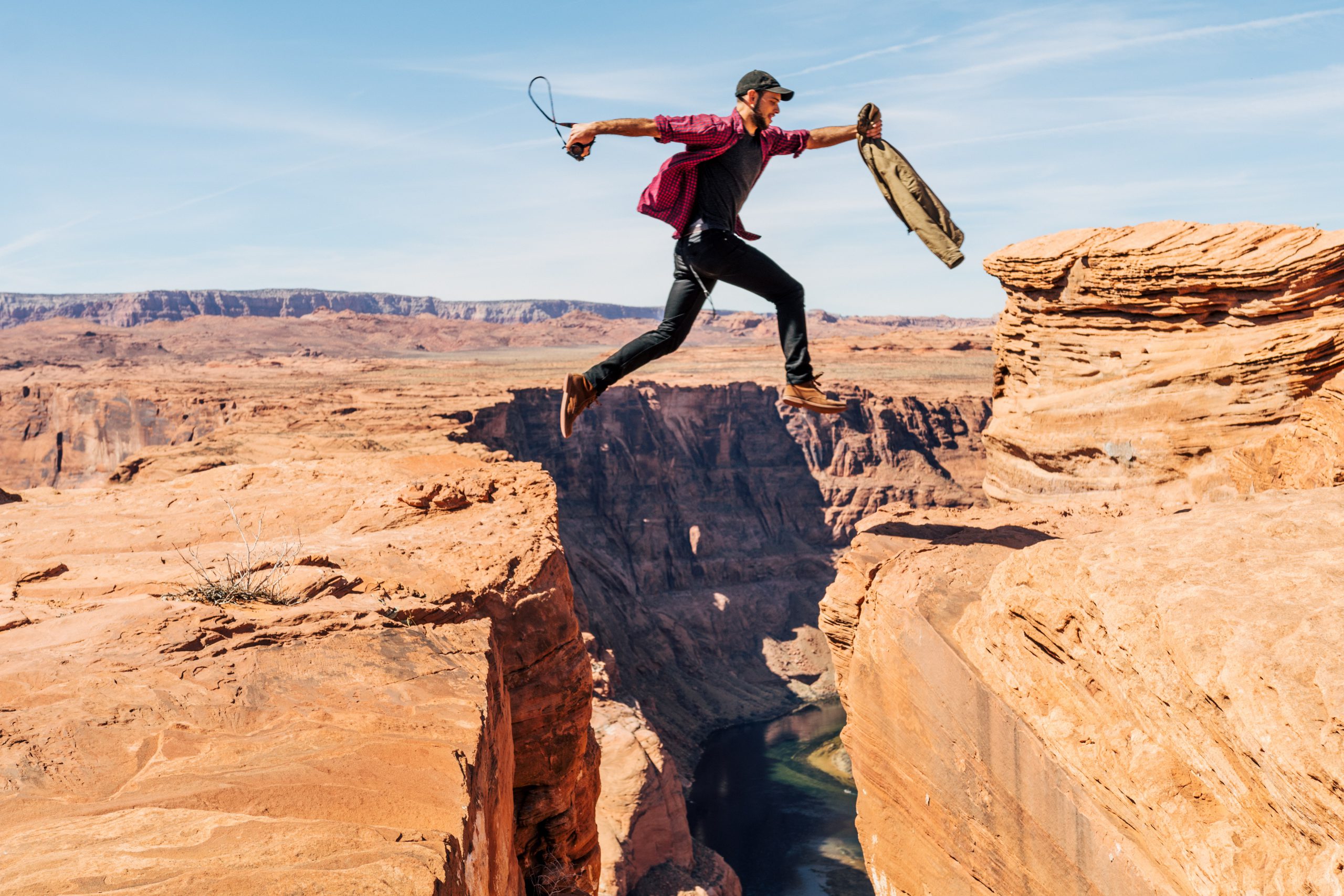 The overwhelming uncertainty of COVID-19 has led many to fear in the present and for their future.  For Christians, faith in Christ and a belief in the sovereign control of a loving Creator does not preclude us from fear but should lead us to a place of trusting courage in the God who created us and died for us.

Interestingly, several articles have appeared in both Christian publications as well as secular magazines and websites that attempt to steer people’s fear in various directions.  In fact, there has even been a quote attributed to C.S. Lewis in his book The Screwtape Letters (letters from one demon—Screwtape—to another in how best to tempt humanity) circulating social media and the internet that speaks directly to the current fear of contracting the coronavirus gripping many around the world today.  While the famed Christian author and thinker did not offer these specific reflections on human fear, he did have much to say on the subject.

In letter twenty-nine Screwtape advises his young protégé to capitalize on the biproducts of human fear saying, “hatred is best combined with fear.  Cowardice, alone of all the vices, is purely painful—horrible to anticipate, horrible to feel, horrible to remember; Hatred has its pleasures.  It is therefore often the compensation by which a frightened man reimburses himself for the miseries of Fear.  The more he fears, the more he will hate.  And Hatred is also a great anodyne for shame.  To make a deep wound in his charity, you should therefore first defeat his courage.”

From Genesis 9:2 to Revelation 19:5, the word fear is used more than five hundred times in the Bible.  If nothing else, the frequency of its appearance should clue us in on the fact that it is common to all of humanity.  In many of the instances, regardless of what the source of the fear is, there is a recognition of it by God or by His messenger.

Fear, like sin is present in all of us, it simply manifests itself at different times and for different reasons.  But, because it is common to the human condition, we must acknowledge our fear and what causes it, and recognize that fear does not originate in God, but in us.  C.S. Lewis was right in that fear leads to hatred, but faith leads us to love.  Just as John wrote in his epistle, “There is no fear in love, but perfect love casts out fear”—I John 4:18.  Likewise, in the majority of instances where fear is acknowledged by God, there is an immediate exhortation to “fear not” because God is in control of the chaos around us and has an eternal outcome that we are not aware of.

Courage in the Face of Uncertainty

Lewis, writing from the perspective of Screwtape sees the temporal mindset in humanity and writes, “The humans live in time, but our Enemy destines them to eternity.  He, therefore, I believe, wants them to attend chiefly to two things, to eternity itself, and to that point of time which they call the Present…

Our business is to get them away from the eternal, and from the Present. With this in view, we sometimes tempt a human (say a widow or a scholar) to live in the Past.  But this is of limited value, for they have some real knowledge of the past and it has a determinate nature and, to that extent, resembles eternity. It is far better to make them live in the Future. Biological necessity makes all their passions point in that direction already, so that thought about the Future inflames hope and fear.  Also, it is unknown to them, so that in making them think about it we make them think of unrealities. In a word, the Future is, of all things, the thing least like eternity. It is the most completely temporal part of time–for the Past is frozen and no longer flows, and the Present is all lit up with eternal rays… Hence nearly all vices are rooted in the future.  Gratitude looks to the past and love to the present; fear, avarice, lust, and ambition look ahead.”

While there is much uncertainty around us, those who are in Christ can rest in perfect peace, knowing that our Heavenly Father is firmly in control of all that’s happening.  Jesus encourages us “not fear those who kill the body but are unable to kill the soul; but rather fear Him who is able to destroy both soul and body in hell.  Are not two sparrows sold for a cent?  And yet not one of them will fall to the ground apart from your Father.  But the very hairs of your head are all numbered. So do not fear; you are more valuable than many sparrows (Matt 10:28-31).

Are you fearful in these trying and uncertain times?  Draw near to the One who though able to destroy came to give life everlasting!