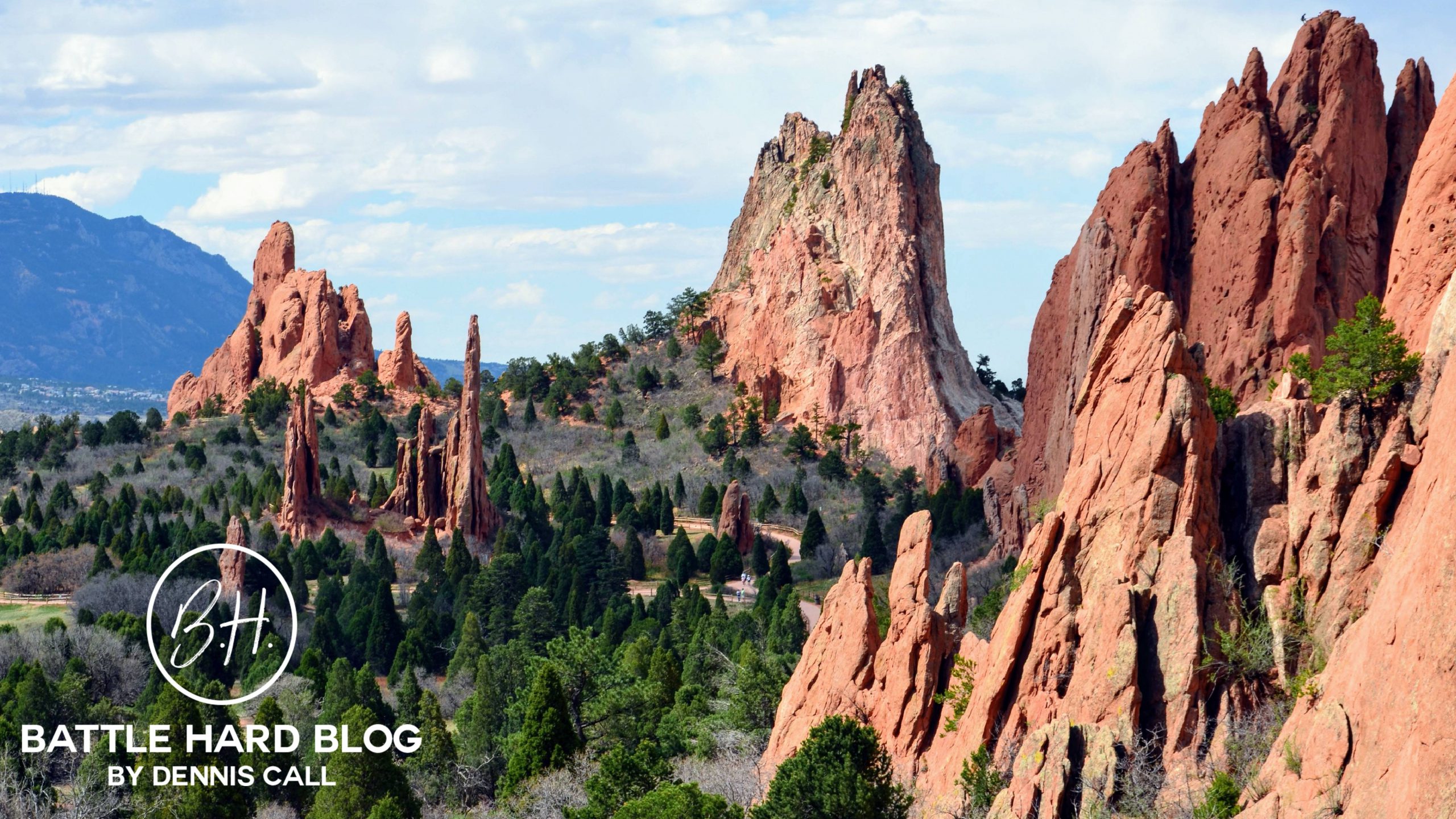 I greatly enjoy being outdoors here in Colorado Springs.  Whether walking my dog or going for a run the marvelous beauty of Pike’s Peak reminds me of the specificity in which God designed his creation.

As we compare the biblical worldview to other worldviews, it’s critical to understand that the Bible is not a science book.  The Bible is God’s revelation of His character and will, providing answers to how we relate to Him as the crown of His creation.  In our survey of worldviews, we begin with who is God and what is the nature of His relationship with creation.

This fundamental question drives the three main worldviews.  Each of the three worldviews attempt to answer this question.  Let’s compare and contrast the way each worldview understands God.

Theism: For millennia civilizations assumed gods existed, a god, or plurality of gods. These religions contain a narrative describing their deity and their activities in history.  The vast majority ascribed animalistic tendencies to their gods requiring various sacrifices from its adherents in their worship.

In contrast, the monotheistic religions of Islam, Judaism, and Christianity share a unique relationship.  First, all three believe in one God as creator.  Second, they accept the creation account attributed to Moses in the Pentateuch (the first five books of the Old Testament).  Beyond these writings, there is divergence among the three religions.  Islam rejects the historicity of the Bible beyond the books of Moses, and Judaism rejects Jesus as the Messiah along with the New Testament writings of His disciples.

Modernism: Modernists rejected all religious and moral principles , but especially the existence of God as creator and sustainer of life. Modernists embraced theories of evolution, humanism, and psychology of men like Charles Darwin, Frederich Nietzsche, and Sigmund Freud.  Man exalted himself to the place of God.  Thus, for the modernist, becoming the best version of one’s self is the culmination of humanity’s search for meaning.

Postmodernism: Because postmodernists reject absolute truth.  They assert no God objectively exists. “God” is a subjective reality manufactured by humanity to coexist within culture or society. As such, religion isn’t rejected outright as in modernism, but the belief in a creator God who actively pursues His creation in a precisely defined way is.  For the postmodernist, each man creates their own god.

It is clear that each worldview accepts or rejects God’s existence.  God reveals Himself in both nature and scripture.  Those who reject the truth of God are without excuse.  Paul made this point clear in Romans 1:18-23, that in “professing to be wise, they became fools, and exchanged the glory of the incorruptible God for an image in the form of corruptible man…”

As each worldview comes into greater focus, man’s relationship to God and one another becomes more clearly defined.  As the Apostle John wrote, the two relationships are inextricably linked. If we love God rightly, we will also love our neighbor rightly.

Christians more than any other group view all mankind as created in the image of God.  Despite abuses by some claiming the name of Christ, Christianity has done more to promote equality, dignity, and the sacredness of life.

In his book Final Word, Chuck Colson argues “God is,” is far more rational than the idea that “God isn’t.”  In fact, he states, “the consequences of the proposition ‘God is’ lead to far more livable conclusions than the proposition ‘God isn’t,’ when you look at the history of western civilization and the impact of the Judeo-Christian tradition on the growth of civilization… ‘God is,’ is the only rational conclusion.  It is the only one that provides a system that people can live with.”

Author Greg Forster takes this argument a step further writing, “Religion encourages moral sensitivity because it forces people to hold themselves to an absolute moral standard, and to conceive of morality as an obligation they owe to a person (God) rather than an abstraction.”[1]  As such, religion and Christianity in particular provides the moral limits opposing sides function within during social discourse of any kind, promoting greater peace and prosperity.

“Though there have been abuses by those claiming the name of Christ, Christianity has done more to promote equality, dignity, and the sacredness of life.”

The topography here in Colorado Springs is quite incredible.  Between the city and Pike’s Peak lies the beautiful Garden of the Gods Park, with towering three-hundred-foot red sandstone rock formations. Though breathtaking, the sandstone is not what it was intended to be, it has morphed over time.  The mountains and the park both receive ample rain to support vegetation and wildlife.  The mountains, covered with dirt, clay, silt, and other vegetative supporting soil drink in the rain. The sandstone, barren and hardened by the elements, rejects it.

The sandstone began brown but changed color as it rose higher above the surface, its core becoming more exposed to the elements and weather.  Over time, the sandstone began to rust in the rains once meant to give it life, turning the rocks red.

The difference between these two impressive and beautiful rock formations is their ability to receive life from their creator.

The red sandstone rock formations are marvelous to behold.  Those adhering to modernist or postmodern worldviews are often quite intelligent, making impressive arguments in support of their worldview.  But like the red rock, they are hardened, unable to receive the lifegiving truth of God’s grace and have become aimless.

What makes the biblical worldview unique is it’s understanding of God and the Christian’s willingness to receive the life offered by their creator.

Do you see God as the giver and sustainer of life through His son Jesus Christ?  Or, are you hardened by the seasons of life, believing His best for you isn’t good enough?