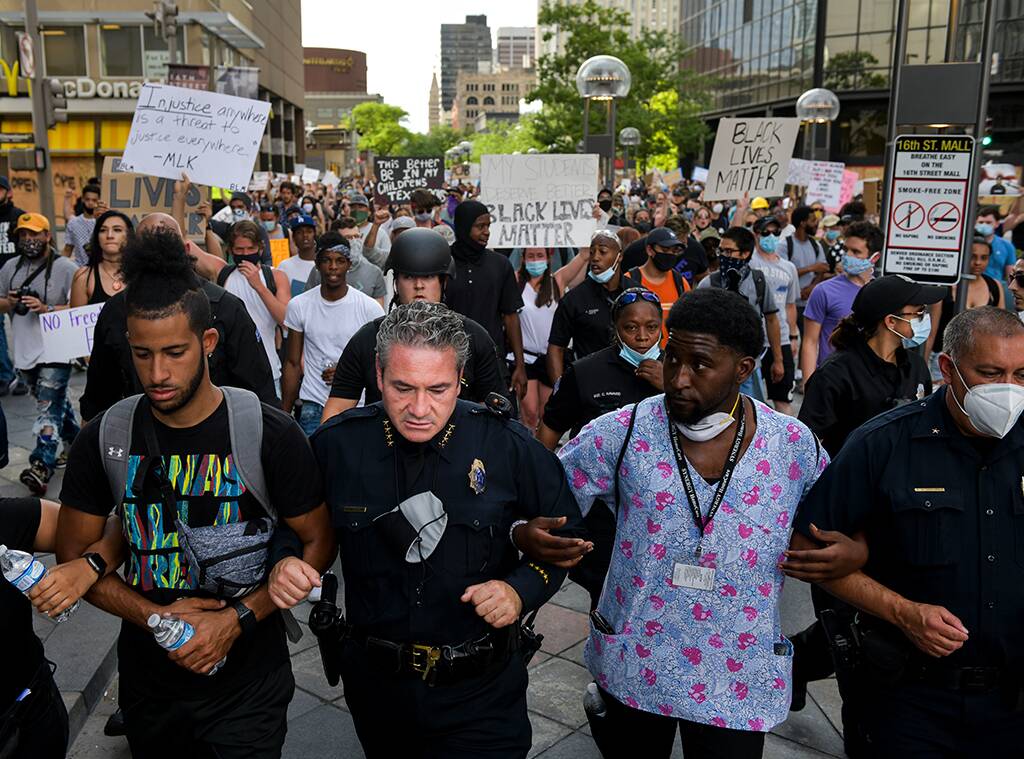 Why, my soul, are you downcast? Why so disturbed within me? Put your hope in God, for I will yet praise him, my Savior and my God (Psalm 43:5).

I will never forget the sickening feeling that overwhelmed my soul on May 25,  2020, as I watched a deranged police officer snuff out the life of George Perry Floyd Junior, while he plead for  his very last breath, uttering the words, “I can’t breathe.”  I couldn’t watch this  video in its entirety—it was just too horrific.  My blood boiled with disdain and I was especially disgusted by the fact that the murderer was wearing a police uniform.

So, let me add a little bit of skin to this talk, which by  our volatile climate, can be so easily misconstrued.  First off, I have several Black relatives on both sides of my family.  I love Black people.  Anyone that knows me will attest that I brag I am part Black –as per my Ancestry DNA.  I have always been drawn to the spiritual boldness, emotional confidence, and bedrock personalities of strong Black mammas and grandmas, who commonly endure the full weight of their families on their backs.  On the other side of this, I am married to a career law enforcement officer in his 42nd year, and I also have a brother and numerous nephews that are law officers.

Finally, and most importantly, I speak as a Christian.  It is my faith and belief in Christ that defines and guides my thoughts, actions, and opinions.  I like to think  it has nothing to do with my whiteness, or my upbringing, or any other affiliations I have.  I don’t apologize for my whiteness, as that is how God created me, but neither do I attempt to criticize any of the legitimate cries of my Black brothers and sisters.  I am an avid reader of the historical fiction genre;  my two favorite themes are the slavery and holocaust eras.  As such, I have found myself engrossed in worlds where the depravity of man inflicted its worse racism upon these two groups—Blacks and Jews!

So, to the best of my ability, I get the enormous pent-up frustration of seeing bad cops acting out on Black people.  I understand and applaud peaceful protests –as that is what makes us America.

But what has troubled my heart is the response of some Christians –particularly women to this cultural movement.  Many have jumped on social media bandwagons, using hashtags that hitch their wagon to secularism. Some have even denounced their own whiteness, mindlessly apologizing for it.  Have we forgotten that we are all created ‘in the image of God’ (Genesis 1:21).  ALL!  We are to love others as Christ has loved us. God’s truth is not relative; it does not change from one situation to another.

So,  I must ask any Christian that marched and shouted, “NO PEACE; NO JUSTICE,” is that even scriptural?  The Bible demands that we are to be “peacemakers”—and that is what makes us just.  Justice and righteousness hold hands in the world of Biblical Christianity.    So, I wrestle with how many of my rightly activated brothers and sisters in Christ became wrongly deactivated from their Christianity and stood silent as businesses were being looted, federal buildings damaged, American cities burned,  police cars blown up, and a police station burnt down.  And when  more than 800 officers were injured and retired St. Louis Police Captain David Dorn, was shot multiple times, and his murder broadcast on Facebook live— there was nothing but silence?  That in itself is deafening.

Further many of these vicious assaults and tyrannical acts affected numerous people in the Black community.   Captain Dorn was a black man—did his life matter? or did the blue uniform do the very thing you are protesting against—minimize him as a human?

The Bible does not call us to “group think” but to study to “shew thyself approved, unto God, a   workman that need not be ashamed, who rightly divides His Word of truth in ALL things” (2 Timothy 2:15).  That means justice matters; righteousness matters; all human life matters.  And that means go out and make a difference to those who are mistreated and use the Word of God as your guide and your sword to pierce the darkness of hate –regardless of where it comes from.  Love your neighbor as yourself.  But don’t accept God’s truths to be relative.

Racism is wrong!   Rioting is wrong!  Killing and injuring police officers is wrong!   Instead we fear our Christian response needs to fall in line with our whiteness above our Christianity.  What a disservice that is to all Black people.

Spoken from a disquieted heart of a woman whose spirit is neither black nor white.