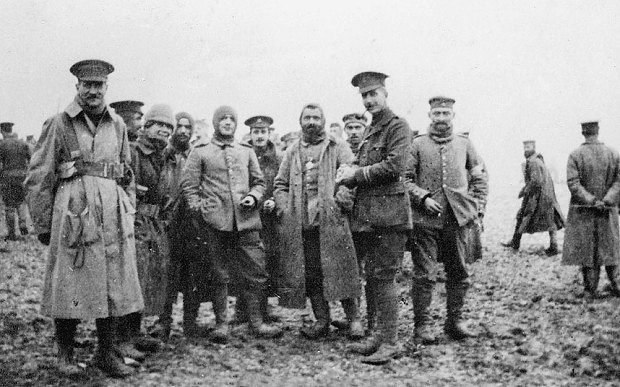 World War I, or the Great War as it became known, killed or wounded more than 25 million people between 1914 and 1918.  Considered by many historians to be the first modern war, the Great War saw the mobilization of more than 60 million Europeans who at the cessation of hostilities in 1919 following the signing of the Treaty of Versailles called it, “the war to end all wars.”  This claim would prove to be far from accurate, as nations around the world fought and killed one another in staggering numbers over the remaining years of the 20thCentury.

During the first few months of World War I the Germans fought their way through Belgium and were defeated by French and British troops at the First Battle of the Marne in September of 1914.  German forces fell back and established defensive positions in the nearby Aisne Valley where fighting reached a stalemate during the Battle of the Aisne.  With neither side willing to surrender ground, they began developing fortified trench systems that became virtually impenetrable without suffering heavy casualties.  Between the 5th and 12th of September 1914, the opposing sides unsuccessfully attempted to outflank each other in a “Race to the Sea.”  In the months that immediately followed, the fighting resulted in an uninterrupted line of entrenched defensive positions from Alsace, France to the coast of Belgium’s North Sea.

The fighting was fierce and costly.  By December of 1914, German troops occupied defensive positions inside France and had inflicted more than 200,000 casualties within the Allies ranks.

On December 7, 1914 Pope Benedict XV asked the warring parties to pause from their hostilities for the celebration of Christmas.  All refused.

As fighting continued throughout the month, soldiers on both sides longed for home, knowing they would not be celebrating with their families in the weeks ahead.  On Christmas Eve 1914 however, soldiers from the Royal Irish Rifles reported seeing what appeared to be Christmas lights illuminating the German trenches and hearing songs emanating from the opposition.  Intermittently along the line from Belgium to France, carols rang out as the two sides serenaded each other as the Germans belted out “Silent Night,” and the British soldiers responding with “The First Noel.”  Slowly, cautiously, the two sides emerged from their positions, approaching one another with shouts of Merry Christmas.

In the midst of the horror of war, nearly two-thirds of the forces engaged in this bloody battle would participate in an unofficial “Christmas Truce” exchanging gifts, sharing their food, and some reported playing soccer in “No Man’s Land” between the trenches.

The Greatest Gift Ever Given

As amazing as this short-lived extension of goodwill and peace was and still is to consider, it pales in comparison with the greatest offering of peace mankind has received.  In the centuries that followed Adam and Eve’s sin in the Garden of Eden, mankind had been waging war against their Creator, rejecting His provision, providence, and perfection.  The number of casualties’ humanity has inflicted upon itself in this losing battle against God are unprecedented.

Yet, at the first Christmas, the One foretold by the prophet Isaiah would step into the midst of the chaos, putting Himself in the real no man’s land between God and man. “God with Us,” the “Prince of Peace,” our “Wonderful Counselor” would break the yoke of our burden and the rod of our oppressor and restore the peace of God to His Kingdom forever for those who would come to Him by faith.  As the Apostle Paul wrote in his letter to the Romans, “God demonstrates His own love toward us, in that while we were yet sinners, Christ died for us.  Much more then, having been justified by His blood, we shall be saved from the wrath of God through Him.  For if while we were enemies we were reconciled to God through the death of His Son, much more having been reconciled, we shall be saved by His life” (Romans 5:8-10).

“A short peace in a terrible war,” the Christmas Truce in France during World War I ended (in some cases later that same day) and hostilities resumed.  Death to millions followed and the impacts would lead to World War II decades later.  The peace God offers through faith in Jesus Christ is perfect, eternal, because it rests in the finished work of the Cross put into action by a loving God and realized beginning that first Christmas Day in a humble stable in Bethlehem with the greatest gift ever given.

This Christmas season are you resting in the peace of God, or are you fighting against the truth of salvation?