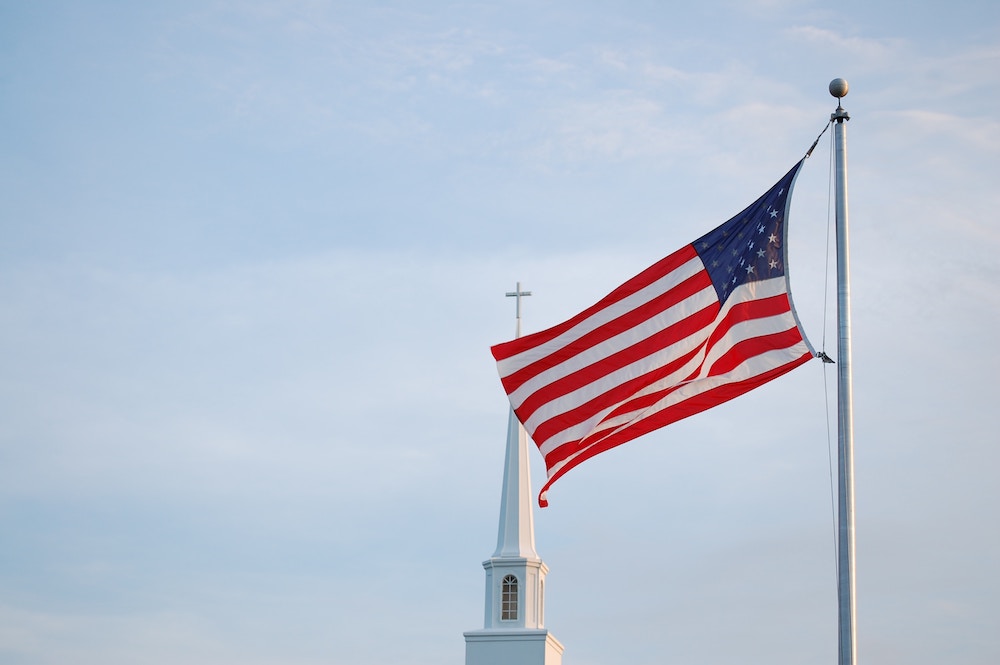 July 2, 1776 the Continental Congress voted to declare independence from the British Empire, and two days later on July 4th, delegates from the thirteen British colonies adopted and signed the Declaration of Independence. That historic document drafted by Thomas Jefferson has long stood as a summation of American rejection of monarchs and our embrace of democratic ideals promoting the will of the people over the authority of an unelected ruling class. Earlier this month, many American’s celebrated “Independence Day,” the way they have for the last two plus centuries, with parades, concerts, barbeques with family, and of course fireworks. Freedom from tyranny that coincides with American independence has been a blessing to Americans and a great many people around the world. However, while there have been tremendous blessings stemming from our political freedoms, the American rejection of a monarch and elevation of individual liberty creates a significant danger to our understanding of and submission to Christ as the “King of Kings.”

The Lord of Heaven and EarthWhen the Apostle Paul travelled to Athens in the 1st Century, he came across an altar with the inscription: “to the unknown God.” It was this same altar and inscription that he quoted to the men of Athens during his address at the Areopagus proclaiming the supremacy of the Hebrew and Christian God, saying, “The God who made the world and everything in it, being Lord of heaven and earth, does not live in temples made by man, nor is he served by human hands, as though he needed anything, since he himself gives to all mankind life and breath and everything. And he made from one man every nation of mankind to live on all the face of the earth, having determined allotted periods and the boundaries of their dwelling place, that they should seek God, and perhaps feel their way toward him and find him. Yet he is actually not far from each one of us, for ‘in him we live and move and have our being’” (Acts 17:24-28).

Paul’s description of God’s place as the creator and sustainer of all things and our utter dependence upon Him is in many ways equally difficult for modern day Americans to accept as it was for many of the Athenians Paul delivered the Gospel to during his visit to Athens. The American rejection of monarchy that launched the colonies into war with England was so complete that even the first oath of office for military officers required them to acknowledge “no allegiance or obedience to George the third, king of Great Britain” and “renounce, refuse and abjure any allegiance or obedience to him.” The oath would go on to reject the authority of the king, his descendants, and anyone loyal to him in perpetuity.

Dependence on God in Christ

Though the rejection of King George or monarchs is political in nature, it’s easy to see how this attitude of renunciation can and has spilled over into our spiritual lives. There are experts in every field from business to parenting encouraging us to be more democratic, build consensus, and allow “stakeholders” to vote on what the group should or shouldn’t do. Representative democracy is our style of government, but we should be careful that we don’t make everything in our lives democratic in nature, especially in how we relate to God’s authority as the great ruler of all creation. In fact, because of Christ’s humility in death, “God has highly exalted him and bestowed on him the name that is above every name, so that at the name of Jesus every knee should bow, in heaven and on earth and under the earth, and every tongue confess that Jesus Christ is Lord, to the glory of God the Father” (Phil 2:9-11).

Are you living in a way that reveals that in Him you “live and move and have your being?” Are you living completely dependent on Christ as King of your life or is your life in Christ a representative democracy?