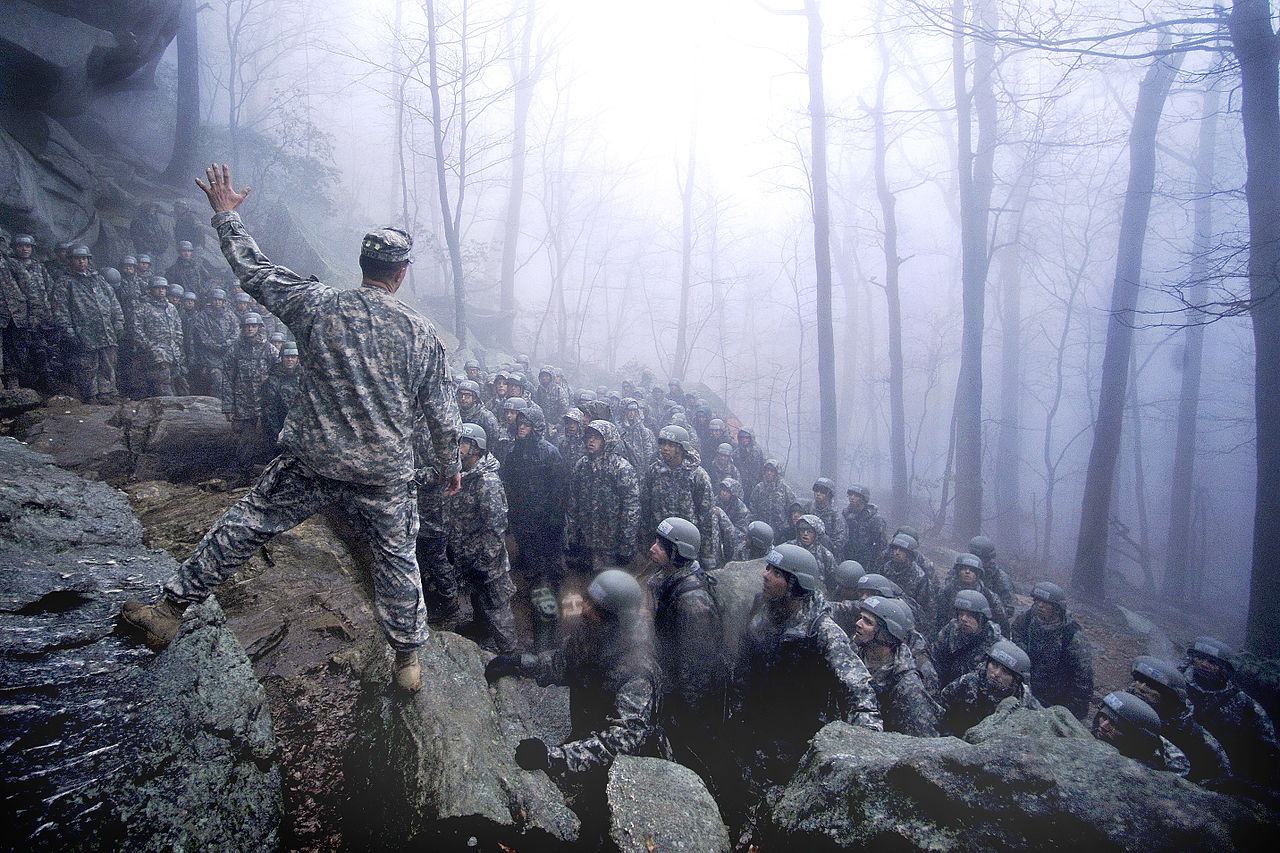 The Excellence of Servant Leadership

What is leadership? A simple definition of leadership is the art of motivating an individual or group to work together towards achieving a common goal.  Ancient philosophers once interpreted leadership as an inherited, personal attribute, believing leaders were born rather than made.  Plato and Machiavelli described this concept of inherited traits in their writings, but it was Thomas Carlyle who popularized this Great Man Theory in the 1840s.  While some are certainly born with a proclivity towards leadership, the traits that make a great leader transcend the culture or individuals and are practiced from the inside out.

There are numerous traits and principles a leader can live by, developing and applying them differently over time and to various situations. Yet there are three categories of leader traits that are applicable to all leaders— presence, character, and selflessness—increasing the likelihood of leading a successful family, team, or organization.

We can’t lead others from a distance, but rather as Lieutenant Colonel Hal Moore said, “to follow your instincts and inspire your men by your example, you have to be with them — where the metal meets the meat.”  Following the example of our Lord Jesus Christ, who “made himself of no reputation, taking the form of a bondservant, and coming in the likeness of men.  And being found in appearance as a man, He humbled Himself and became obedient to the point of death, even the death of the cross” we lead by being present.

People are the most vital and valuable resource any leader can cultivate.  The more a leader invests in others, the more effective that leader and those they lead will be.  Leadership is not merely a matter of power or position, but of influence; truly effective leadership provides influence through purpose, direction and motivation.  As we seek to influence others we do so in submission to Christ, doing “nothing from selfishness or empty conceit, but with humility of mind regard others as more important than themselves.”

This form of leadership requires much more than competency—it requires integrity, honor, a willingness to sacrifice for the good of others, courage to stand alone and be unpopular by doing the right thing, to assume responsibility, and take the initiative—in a word, it requires Christlikeness.

Personal integrity is critical to a servant-leader’s ability to influence others.  Leaders set the example by personal action, whether good or bad, with all they say and do both personally and professionally.  It is absolutely imperative for leaders to make the right moral decisions and communicate why in every circumstance and situation.  The Greek philosopher Heraclitus said, “The content of your character is your choice.  Day by day, what you choose, what you think and what you do is who you become.  Your integrity is your destiny; it is the light that guides your way.”  As a Christian leader, this is of the utmost importance; our families, coworkers, and neighbors are looking for an example to follow.  As they observe our lives, will they discover a leader who does what is right regardless of the outcome or a leader willing to make compromises to ensure the desired result?

If we aren’t present with those we lead it’s impossible to model the Christlike character of a godly leader, but in doing so we must put the safety and benefit of others above our own.  A leader does not demand the loyalty of others through fear nor obtain it with favoritism; they earn it by the sweat of their back and the pains they endure for the sake of others, accepting the harshest burden, lifting first and setting down last.  As a leader, it is our responsibility to lead by personal example.  We should never require service from those we lead but provide it.  No leader is more important than the people they lead. The spiritual development and welfare of those around us should be our highest priority.

The principles apply whether you’re a husband, father, mother, or a college student on a secular campus somewhere desiring to lead others for the glory of God.