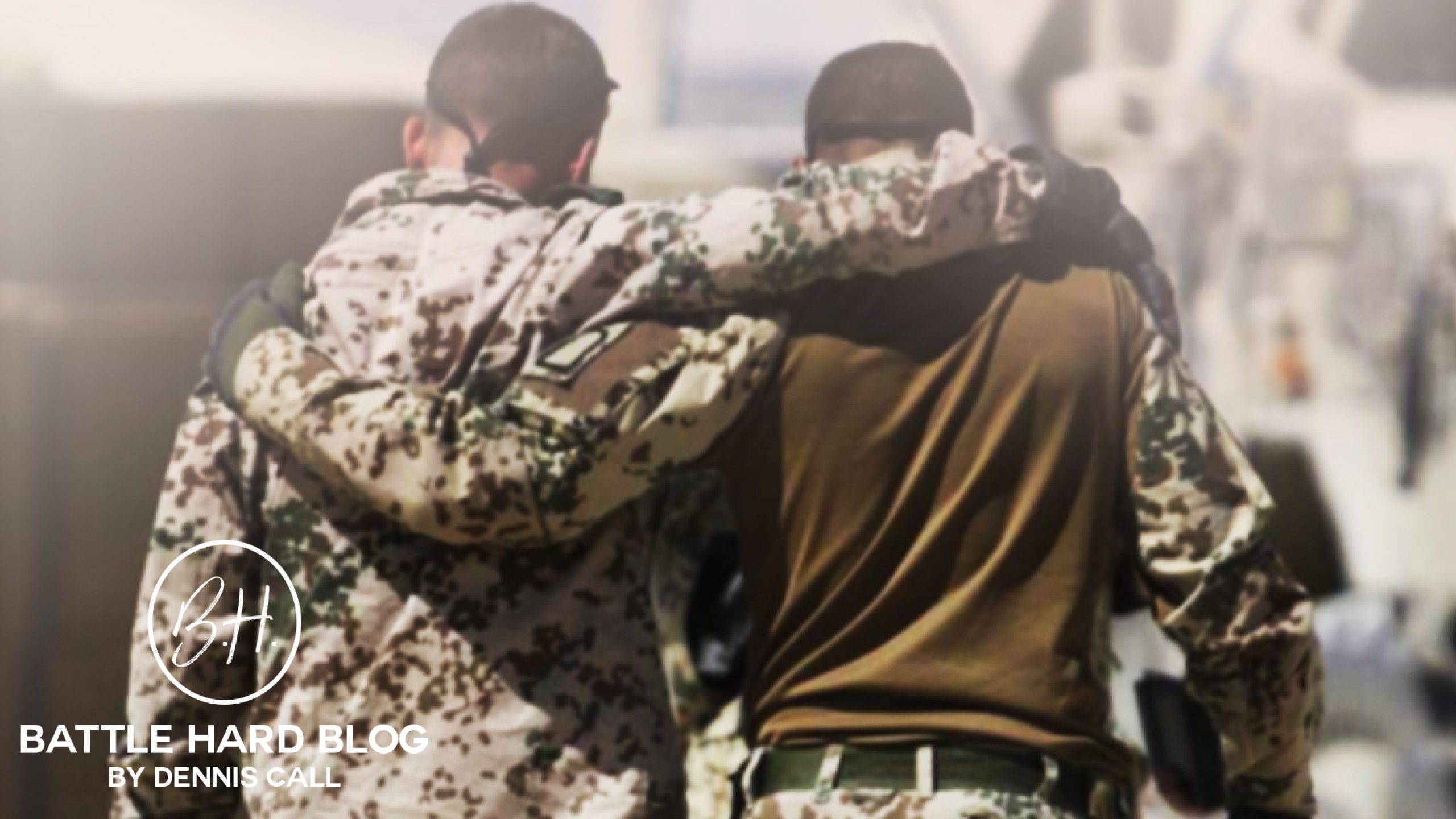 We arrived in Afghanistan March of 2011 and found our living arrangements Spartan at best.  That is, we ate, slept, and toiled in the dirt.  Dirt walls, dirt floors, dirty water, even sandstorms. Thatched roofs provided meager shelter from the wicked elements.  Average daytime temperatures in southern Afghanistan that summer was well over 115 degrees.  Combat operations were frequent and necessary as the enemy was embedded and active.  We were in the birth place of the Taliban.  Along with enemy threats, we faced the challenge of having to carry enough water during combat operations while actively bearing over 135 pounds of equipment and ammunition.  Dehydration was as pervasive a threat as Taliban sniper fire.

In this environment, under constant threat of enemy attacks, with no home or semblance of shelter, we learned to rely on each other for everything. Our existence was brutal, but we were at war.  Suffering is part of a soldier’s life and in most ways, we had individually trained for it, but we bore it together. A soldier alone in those conditions would certainly perish, but together we were unbeatable.

“A soldier alone in those conditions would certainly perish, but together we were unbeatable.”

Soldiering for Christ is not that different.  Good soldiers endure suffering. Thus, the Apostle Paul encourages his disciple Timothy (and us) to “suffer hardship with me, as a good soldier of Christ Jesus.”  Expect it. Train for it. Endure it together and become battle ready for the gospel’s sake.

Over the next two posts we will look at two aspects in the life of a soldier in Christ’s service; suffering (verse 3) and dependability (verse 4).

The Life of a Soldier

As we’ve noted before, separation from God because of sin has deeply affected humanity and the results of that separation are catastrophic.  Yet, through faith in Christ alone, by grace alone we have been saved from those devastating effects.

In Paul’s greeting to Timothy in I Timothy 1:1-2 he strengthens his son in the faith by reminding him of the “Grace, mercy and peace from God the Father and Christ Jesus our Lord.”  Already a recipient of these glorious gifts, Timothy needed to be reminded of his need for grace, mercy, and peace while dealing with the problems in Ephesus.  There’s more to each of these gifts than you might see at first glance.

In the last few years a number of studies have shown the scandalous trend toward Biblical illiteracy among Americans. Christians without a commitment to Biblical truth “will produce believers who simply do not know enough to be faithful disciples.”  Biblical illiteracy leads to confusion, conflict, and compromise.

Christianity is a war over truth.  We are soldiers in this war.  Not charged to storm a beach or parachute behind enemy lines, but charged to love the Lord our God, and love our neighbor as ourselves.

Like counterinsurgency, Christianity is a battle for hearts and minds.  Fortunately, we are not alone. God has given us examples in scripture and in our lives to follow.  We fight alongside them to win the hearts and minds of our neighbors.

Suffering as a Soldier

Just as Christ learned obedience through suffering , we are called to endure physical, emotional, mental suffering for Christ.  As Paul warned Timothy, so he warns us, “all who desire to live godly in Christ Jesus will be persecuted.”  Afghanistan at the onset seemed unbearable.  But we endured it together, suffered together and won together. When suffering comes for those of us in the church, and it will come.  We ought to endure and win together as well.

Are you ready to endure suffering to learn obedience or are you too busy making life comfortable and predictable? When the fight comes will you suffer well alongside your commander?